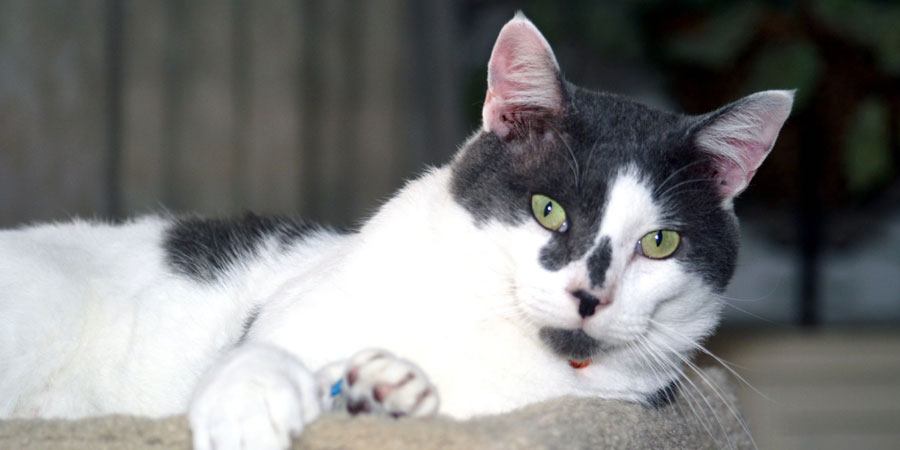 The polydactyl cat is a cat with a congenital physical anomaly called polydactyly (or polydactylism, also known as hyperdactyly), that causes the cat to be born with more than the usual number of toes on one or more of its paws. Cats with this genetically inherited trait are most commonly found along the East Coast of North America (in the United States and Canada) and in South West England and Wales.

American Polydactyl cats are bred as a specific cat breed, with specific physical and behavioral characteristics in addition to extra digits. The American Polydactyl is not to be confused with the pedigree Maine Coon polydactyl. The polydactyl form of the Maine Coon is being reinstated by some breeders. A particular strain of polydactyl cats native to Ithaca, New York is known as the Ithacat. Polydactyls are very common in the Cardigan area of Wales, where they are known as "Cardi-cats."