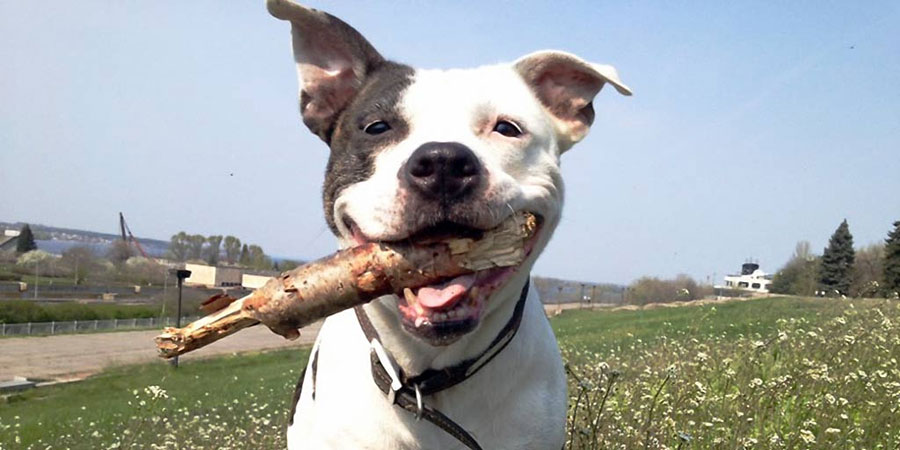 This stocky dog should be muscular, giving the impression not only of great strength for its size but also of grace and agility. Its gait is springy. Its low center of gravity helped it stay on its feet in a fight, and its nimbleness helped it avoid its opponent's teeth. Its own jaws are strong with great power. Its coat is short, close and glossy.

Typically docile and playful with its family, the American Staffordshire terrier is also generally friendly toward strangers as long as its owners are present. It is generally very good with children. It is a protective breed and can be aggressive toward other dogs — especially those that challenge it. It is stubborn, tenacious and fearless. For all of its tough persona, the most important thing in life to this breed is its owner's fond attention. 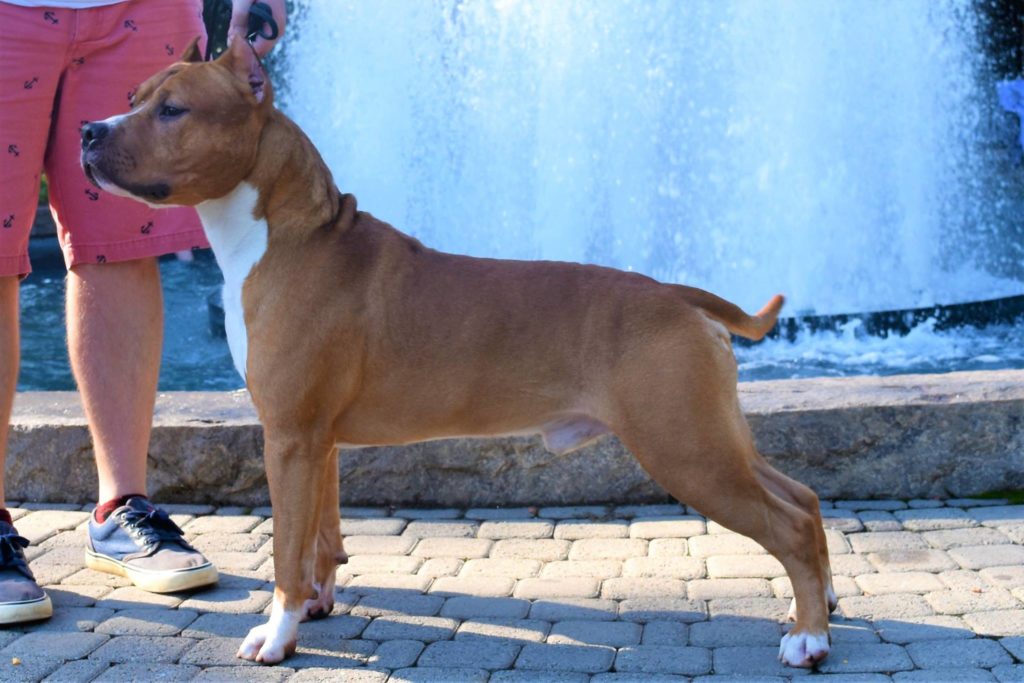 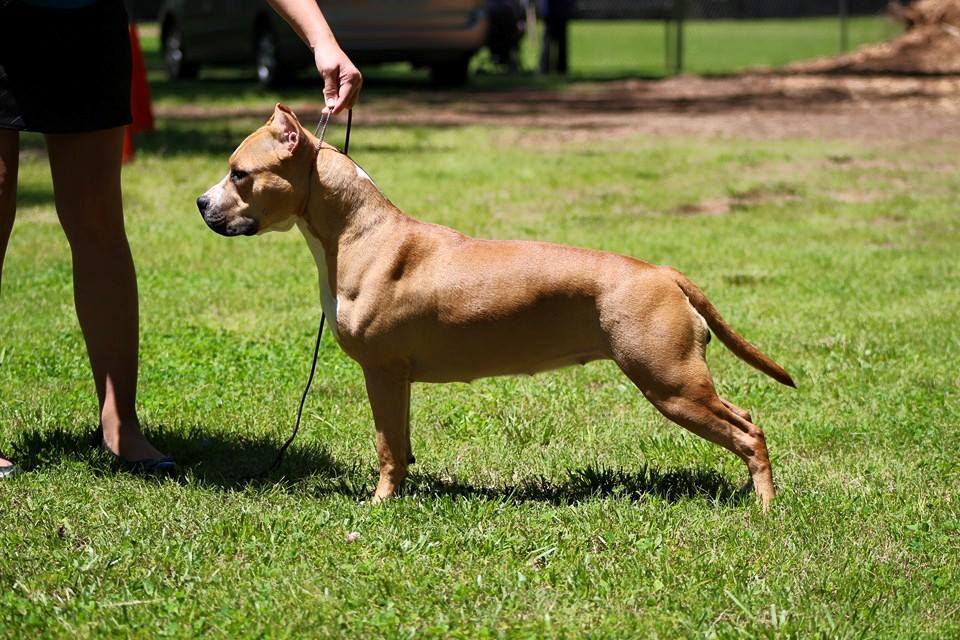 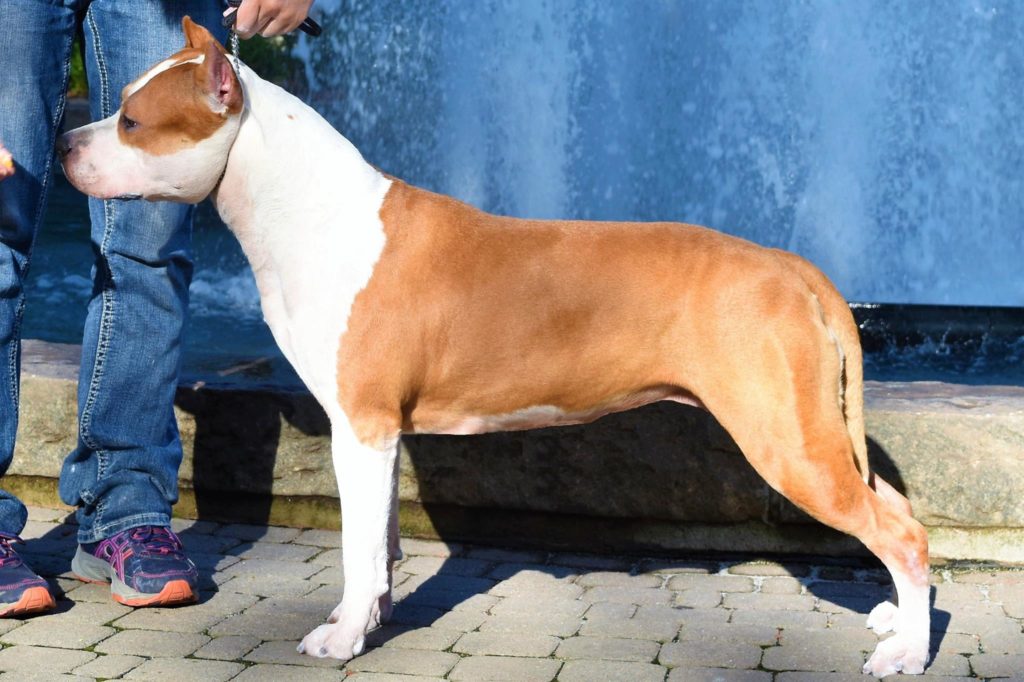 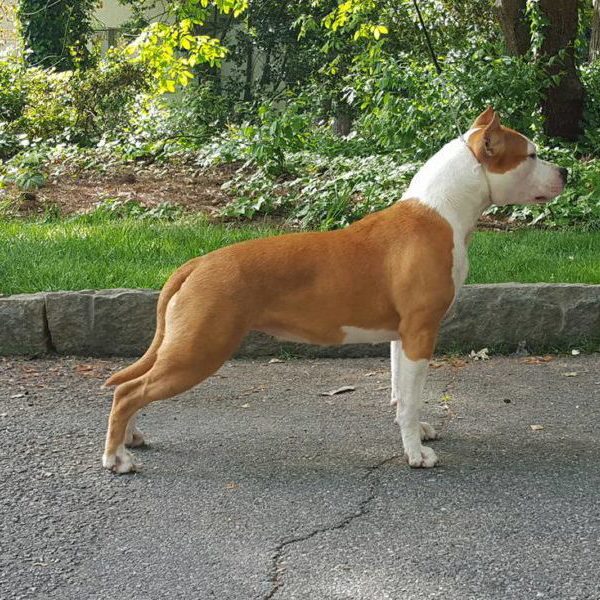 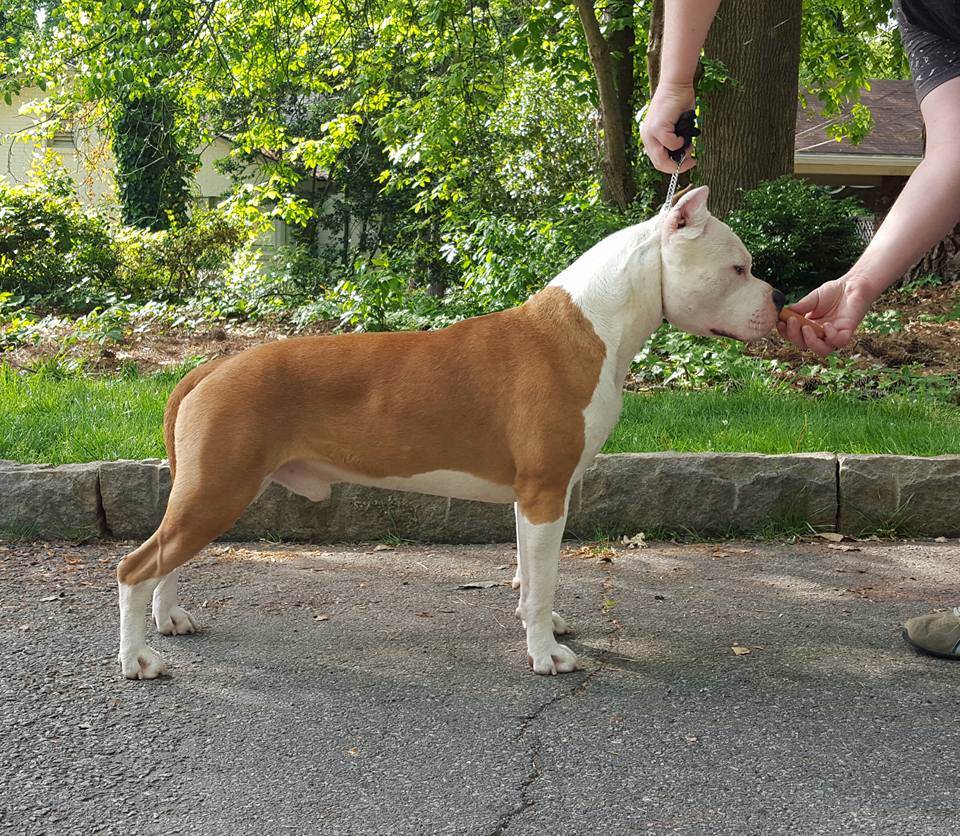 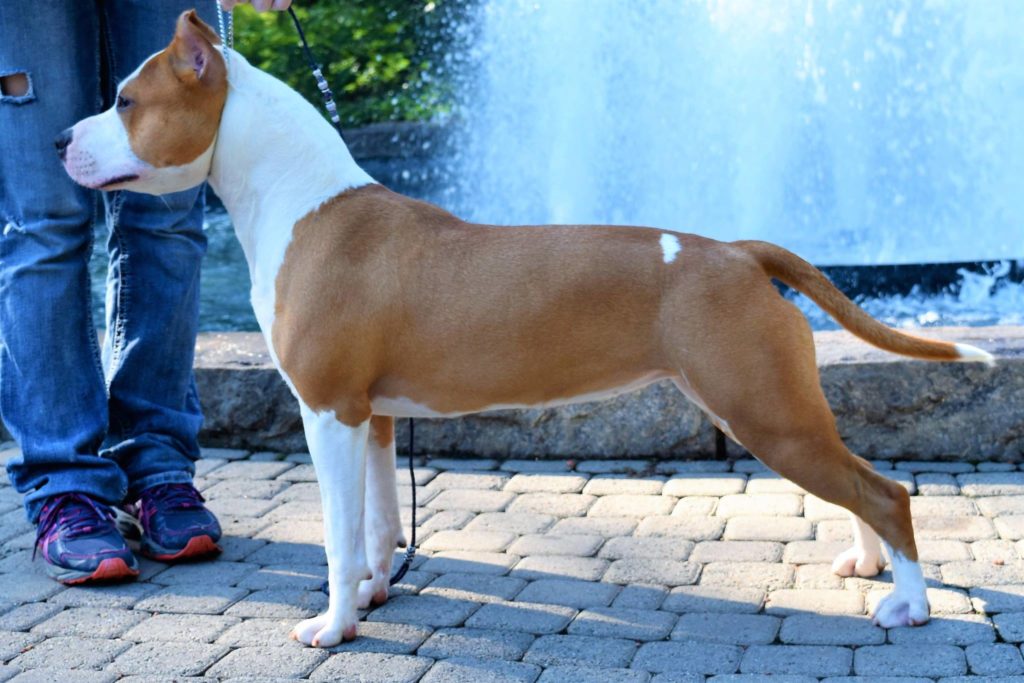 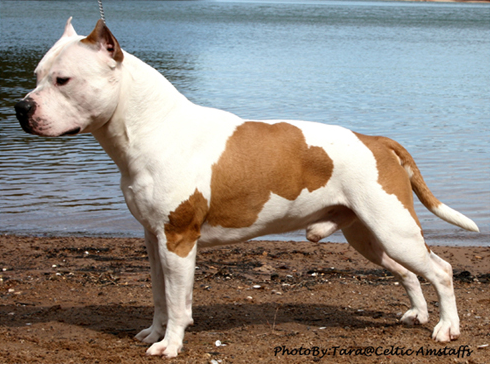