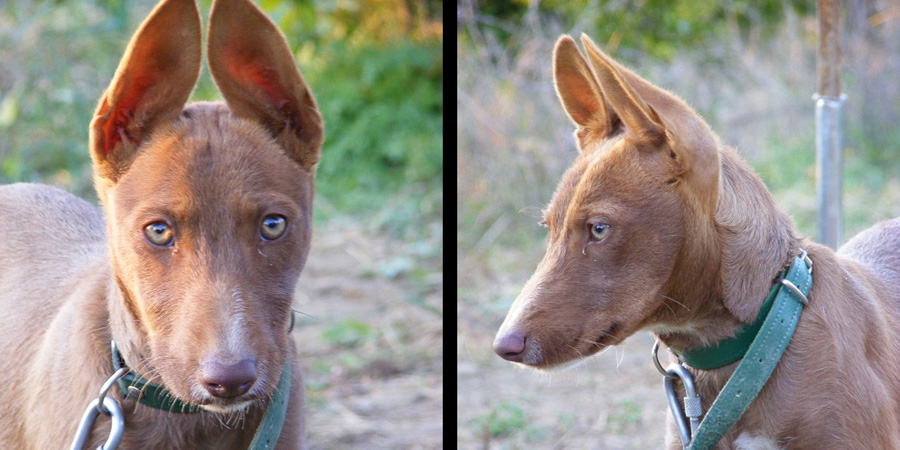 As in the Portuguese Podengo, the Andalusian Hound comes in three sizes (large, medium and small) and with three types of coat (wire-haired, long-haired and smooth). This combination of factors can results in nine different varieties. There is also a dwarf or basset variety derived from a medium-sized short-haired Andalusian Hound — called Maneto from its short, stout legs — which the RSCE has provisionally accepted as a distinct breed.

Andalusian Podencos, like other hounds, have excellent sight, hearing and smell, which makes them good hunters, often employed for hunting rabbits. Andalusians and mastiffs form the heart of the rehalas (teams of 20 to 24 hunting dogs) of central and southern parts of the Iberian Peninsula; medium and smaller dogs search out deer or wild boar, whilst the larger hounds are used for attacking the prey. One of the most typical functions of the large Andalusian hound was that of the so-called quitaor accompanying the Spanish greyhound colleras during hare hunting. The quitaor‘s job consisted primarily of flushing out the hares from their home or hiding place and killing them; then, together with the greyhounds, retrieving them for the owner. In Andalusian farmhouses the larger hounds were used as watchdogs, and the smaller hounds were used to kill rodents.