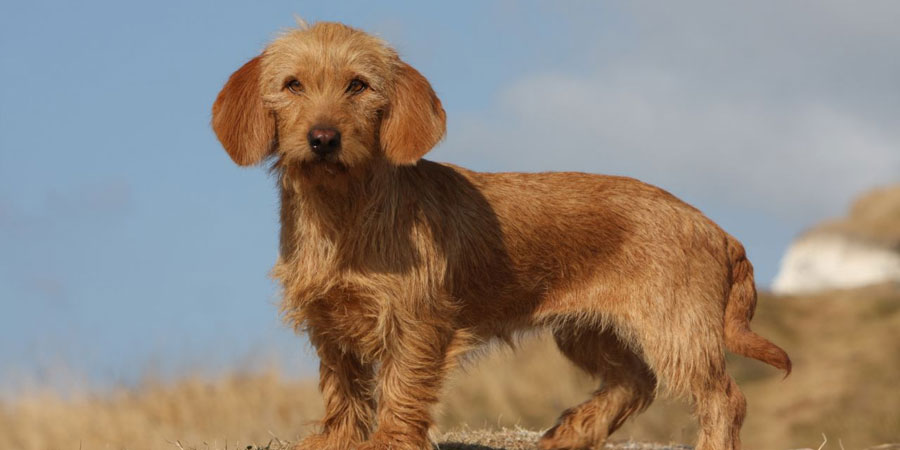 The Basset Fauve de Bretagne is a smallish hound, built along the same lines as the Basset Hound, but lighter all through and longer in the leg. Wire-coated, the coat is very harsh to the touch, dense, red-wheaten or fawn. He measures 32 – 38 cm in height and weighs between 36 - 40 lbs but due the old, and no longer permitted, practice of registering mixed litters of Griffon and Basset Fauves sometimes a litter of bassets will produce a long legged dog more akin to the Griffon. They have coarse, dense fur which may require stripping. The hair on the ears is shorter, finer and darker than that on the coat. The ears just reach the end of the nose rather than trailing on the ground and should be pleated. They should have dark eyes and nose and ideally no crook on the front legs. The French standard says these are the shortest backed of all the basset breeds so they generally do not appear as exaggerated as the British Basset.

Smart, courageous and determined, the Basset Fauve de Bretagne is a serious hunter, easily adapting to different types of game or terrain. It is also an excellent companion, being cheerful, friendly and agreeable.