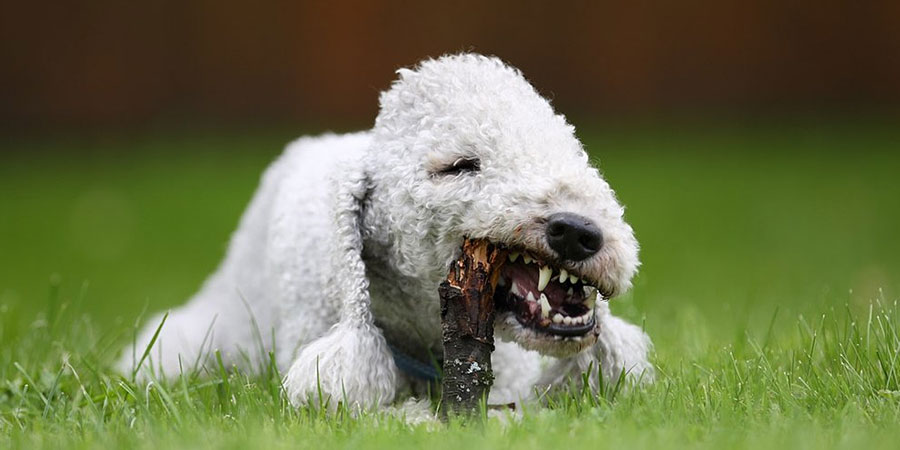 This graceful, lithe dog has a distinctive silhouette. Its arched loin and racy outline give it great speed and agility. A wolf in lamb's clothing, the Bedlington is unrivaled in its ability to chase and fight agile but tough quarry. Its gait is light and springy. Its coat is a mixture of hard and soft hair standing off the skin, affording good protection as well as outstanding appearance.

The Bedlington is among the softer terriers, not only in looks and feel but in temperament. It is companionable, demonstrative and loyal. It enjoys its creature comforts and is a fairly quiet house dog. Even though it will seldom initiate a fight, it will not allow itself to be intimidated by other dogs and can be a scrappy fighter when pushed. It will give chase to small animals outdoors, but it can usually coexist with them indoors. 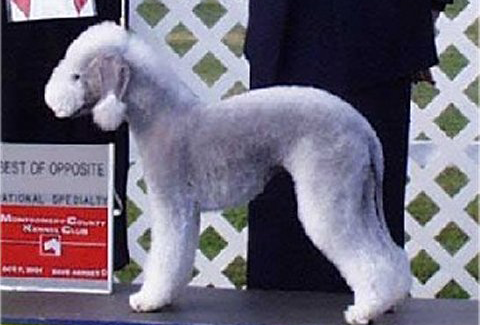