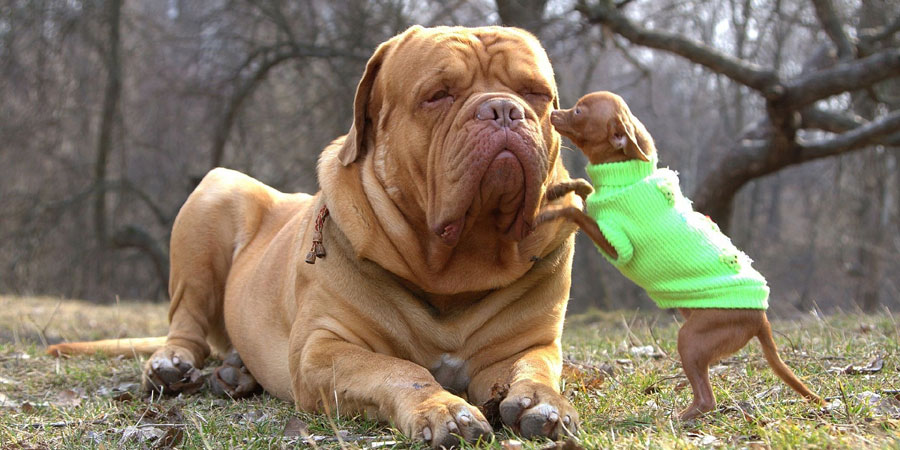 A powerful and muscular French breed, the Dogue de Bordeaux is a molossoid (mastiff-type dog), "dogue" meaning Mastiff in French. A massive head and stocky body are trademarks of the breed. Americans became aware of the Dogue de Bordeaux when he appeared as drooling, messy "Hooch" in the 1989 Tom Hanks' film,Turner and Hooch. The breed's short, fine coat is fawn-colored, ranging from a dark red to a light fawn.