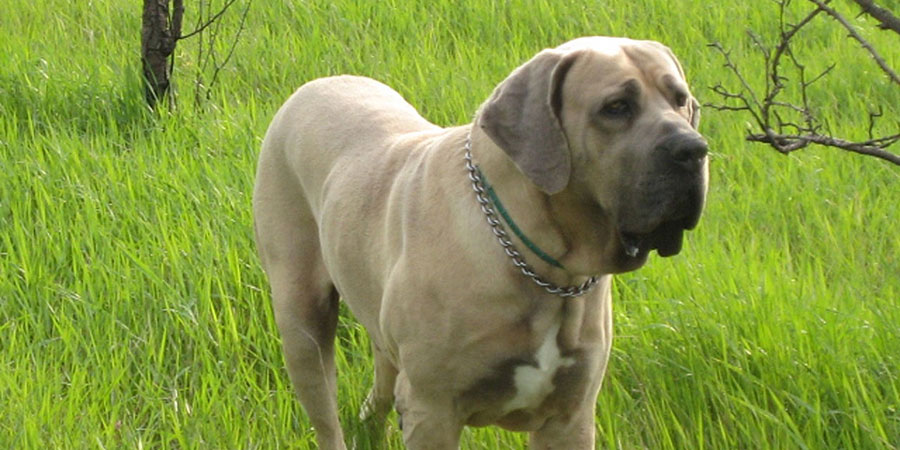 Though large in size, the Fila does not appear static. Rather it is harmonious, cat-like and above all powerful. The expression is noble, solemn, dignified but somewhat melancholic. The Fila appears self-assured and calm but is never absent in expression. When at attention, the gaze of the Fila Brasileiro is firm, alert and unwavering. Another typical characteristic of the breed is its gait, which is similar to that of a camel, moving two legs of one side at a time. The gait gives it a typical rolling lateral movement on the throat and the hindquarters which is accentuated when the dog's tail is raised. The head is typically lower than the backline. The characteristic carriage and gait has earned it great success in dog shows.

The Brazilian Mastiffs are known to be naturally protective. It is also known for its extreme wariness of strangers and agility when protecting or defending its master. The dedication and obedience of the Fila Brasileiro has found its way into Brazilian saying "As faithful as a Fila". The Fila Brasileiro temperament is what characterizes the dog. The Portuguese word for their temperament is Ojeriza, which directly translated into English means dislike and distrust. The socialization period (about the first year with the first 6-8 months being the most important) of the dog's life is crucial to the temperament of the individual dog. If the pup is exposed to a lot of people in a positive manner (known as 'socializing'), the pup (keeping in mind the dog's natural protective instincts) can be encouraged to behave in a calm manner in public, but emphasis should be placed on the fact that socialization is done differently from other breeds. Despite extensive socialization, the fila is instinctively protective and will naturally guard and protect its owner, their family members and the family pets; this is not something that needs to be trained, it is an innate trait. Strangers should not be left unattended with a Fila and, like all other guardian breeds, it may not be the best choice for those who have frequent visitors to their homes. Lack of all socialization with strangers at a young age will result in a dog which is very anti-social.