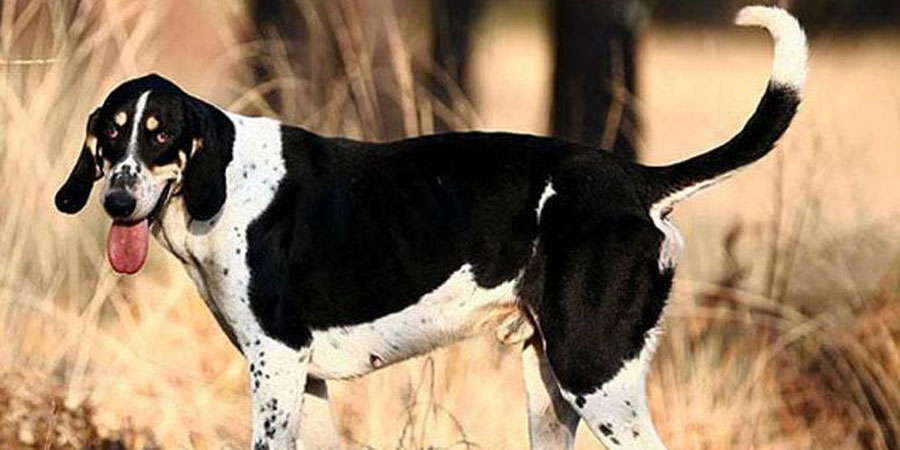 The breed is a typical hunting pack hound, with a lean and muscular body, long legs, slightly domed head, long drop ears, and slightly square flews that just overlap the lower lip. Size is 65 to 72 cm (25.6 to 28.3 ins) at the withers, females slightly smaller. The colour of the coat is white and black, with a black mantle, sometimes speckled or ticked with black or blue. Pale tan dots are above each eye as well as tan on the cheeks, below the eyes and ears, and below the tail. Sometimes a tan marking is found on the base of the upper thigh, which is called the 'roe buck mark'. Faults are listed as deviations in appearance that have an effect on the health and working ability of the dog, as well as indication of crossing with Foxhounds or being off-colour, indicating that a dog with such faults should not be bred.

The breed is noted for its perseverance on the hunt as well as a good nose and voice. Unusual for pack dogs, it is friendly and easy for humans to manage.