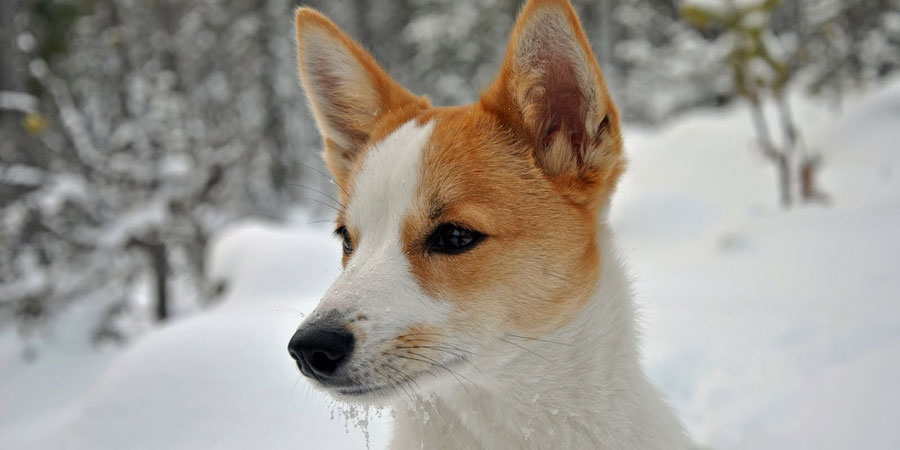 The Norrbottenspets should be a light spitz dog, yet powerful in appearance. There should be lightness and power reflected in the dog. Males are noticeably more masculine than females, who are smaller and of lighter build. It should give the impression of being alert, spritely, and intelligent. In proportions the Norrbottenspets is slightly taller than long - fit for the original use as a hunter. The tail should curl over the back and rest on the hips.

The Norrbottenspets is a physical mixture of endurance, speed, and strength. The ribcage has elements of both speed and strength. Viewed from the front the ribcage is oval and relatively deep, half from height. The ribcage is also relatively long with well-developed last ribs. The arched neck, distinguishable withers and slightly slanting croup makes the lines of the body very speedy. The underline has only a slight tuck up, which with the long ribcage reflects endurance.