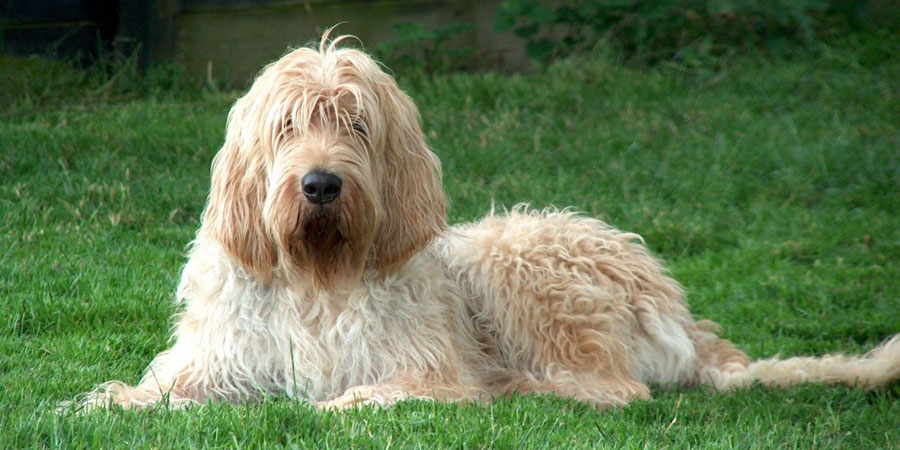 The otterhound is a large dog with a somewhat stocky build, slightly longer than tall, not exaggerated in any way, enabling it to trot at a slow, steady pace for long distances without tiring. Its coat, which consists of a rough, coarse outer coat combined with a soft wooly slightly oily undercoat, is essential for protecting it from brambles and cold water. It has a fairly large nose and muzzle, allowing ample room for olfactory receptors. Its large feet provide traction over rough and slippery terrain. This is a strong athletic breed that can withstand harsh weather and long strenuous hunts. Its expression is open and amiable, reflecting its temperament. The otterhound is noted for its steadfast pursuit of its quarry despite the roughest of conditions. It has an acute sense of smell and can trail unerringly through running water and over all sorts of terrain.

As a pack hound, the otterhound is amiable with other dogs. As a hunter, it has an innate urge to follow the trails of mammals. Once on the trail, it is determined, single-minded and nearly impossible to dissuade from its task. Even though the otterhound's job was not to kill its quarry, it will nonetheless give chase to small animals. The otterhound loves to hunt, sniff, trail and, especially, swim. At home it is boisterous, amiable and easygoing (although stubborn), affectionate with its family, and quite good with children. Because the otterhound was never traditionally kept as a pet, it is not among the most responsive of breeds. However, the otterhound is a low-key dog that can function as a quiet companion.