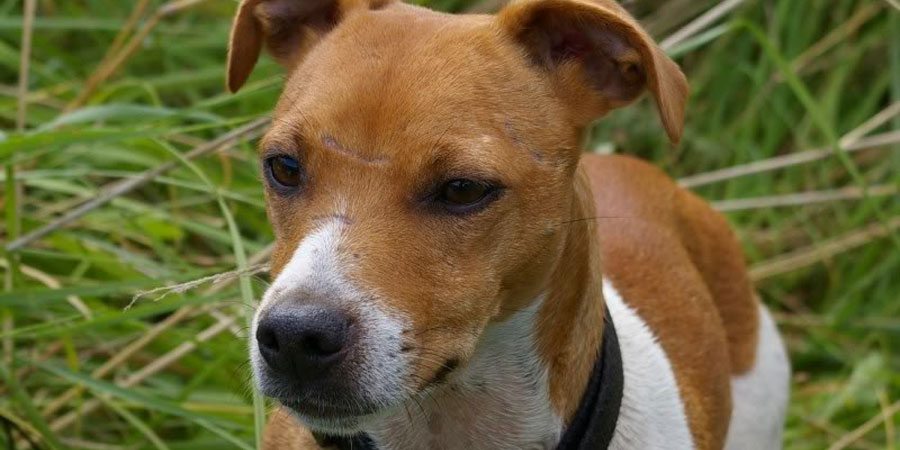 The Plummer Terrier is a very attractive smooth-coated dog with a fiery red and white coat and head, a white collar at the neckline, or a full cape. The ears fold over like most terriers, and the nose and eye are typically black, and the jaw has a good scissors bite.