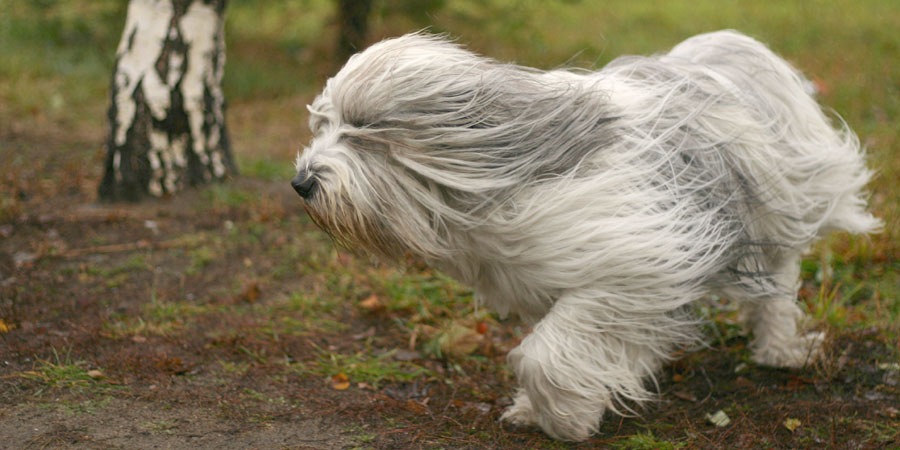 The PON is a cobby, medium-sized dog, slightly longer than tall, giving it great agility. It is strong and muscular, enabling it to control livestock. It has a fluid gait, with long stride, allowing it to trot effortlessly for hours. It is inclined to amble, which can act as a reconnaissance, energy-efficient gait. Toeing in is considered natural. The coat is long, dense, shaggy, and double, providing great protection against the elements. The PON is shown naturally, without scissoring.

Lively and loyal, the PON has been shaped by centuries of work as a shepherd. This is a territorial breed that is often wary of strangers; however, to those it knows it is very affectionate. A PON's bark is one of its best friends, and the typical PON shows it off often. The PON has an independent and even willful side. It learns quickly, but sees no use in following commands blindly. Despite its shaggy dog look, the PON can be a serious dog. PONs are good with considerate children, most other pets, and most other dogs, although if challenged by a dog, they will hold their own.