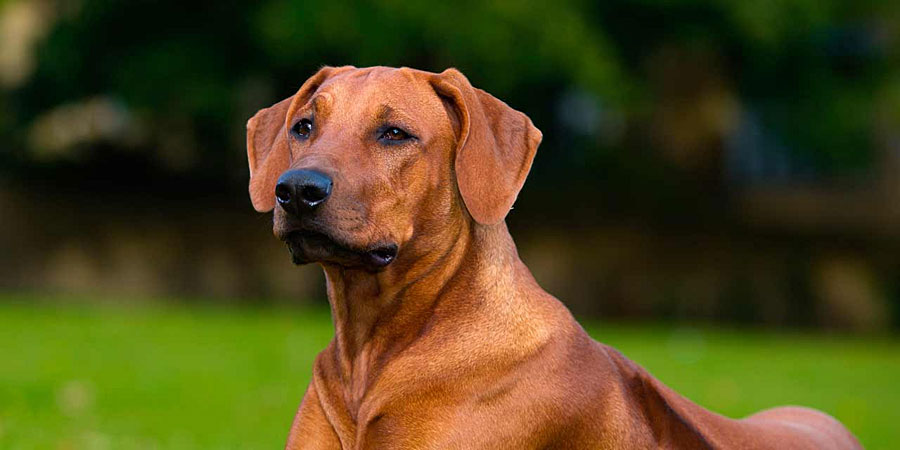 Slightly longer than tall, the Rhodesian Ridgeback combines speed, power and endurance. The Ridgeback must have an athletic build to enable it to catch up to a lion and then harass it without being hurt. Because the lion is not the only quarry of the Ridgeback, the dog must also be strong enough to bring down other large game. Its stride is efficient and long. The short glossy coat is adapted for working in hot climates. A distinctive feature is the clearly defined ridge, which should start with two identical whorls just behind the shoulders and taper to a point between the hipbones.

The Rhodesian Ridgeback is the hound group's answer to a somewhat protective dog. Not only is it a keen and versatile hunter, but it is a loyal guardian. It is good with children, especially protective of those in its family, but it is sometimes overly boisterous in play for small children. It is strong-willed and powerful; some can become domineering. It is reserved with strangers and can be aggressive toward strange dogs and animals.