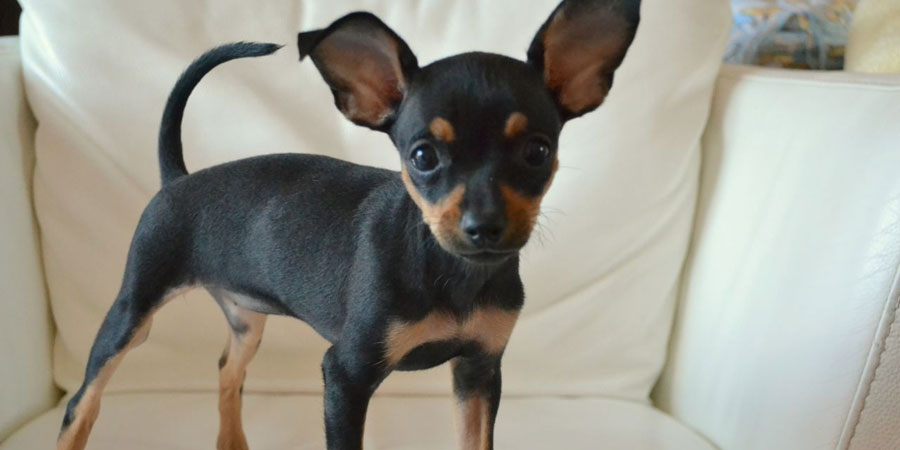 The Russian Toy (also known as the Russian Toy Terrier, and in Russia as the Russkiy Toy, Toychik,Russian: Ð ÑƒÑÑÐºÐ¸Ð¹ Ñ‚Ð¾Ð¹, Ð¢Ð¾Ð¹Ñ‡Ð¸Ðº) is a very small breed of dog originally bred in Russia from the English Toy Terrier which is known today as the Manchester Terrier. There are two types of coats in the breed: smooth coat and long coat. The smooth-coated variety was previously known as the Russian Toy Terrier and long-coated as the Moscow Long Haired Toy Terrier. Both were brought together under the same Russian Toy Terrier name in 1988 and the "Terrier" was dropped from the name when the breed was added in 2006 to the official list of breeds registered with the Fédération Cynologique Internationale[1] and has been registered in the Foundation Stock Service of the American Kennel Club since 2008, allowed to compete in AKC companion events since 2010. The first official breed standard of the two varieties was written in 1966 in Russia.

Active and cheerful, the Russian Toy was originally bred both as an anti-rat dog and a watch dog. The second quality is still active in the breed, and they can be very vocal. They can become quite attached to their family, regardless of the ages of the family members. Russian Toys are usually very reserved with strangers, but very loyal to their owners, always ready to protect them from any perceived danger.