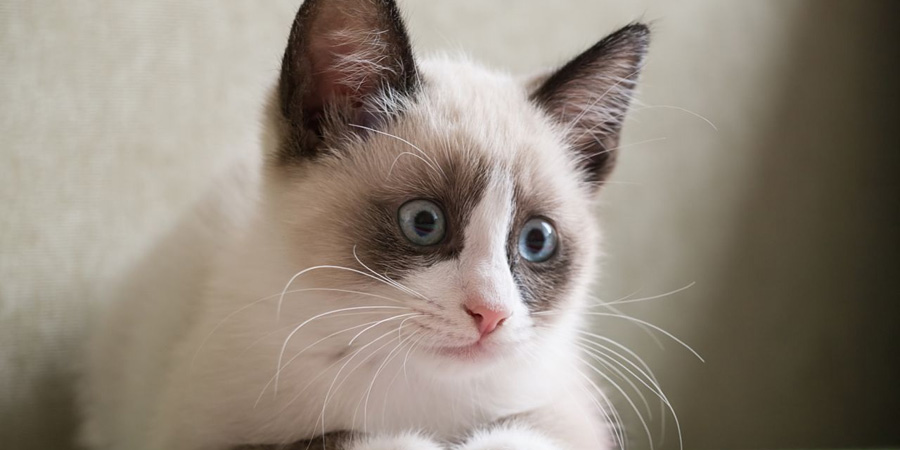 The Snowshoe is a somewhat recent domestic breed that was developed during the 1960s by a breeder of Siamese cats. Its body type is considered to be a moderate oriental or foreign type, modeled after the appearance of the old style of Siamese that is often now called a Victorian or an “apple head”. The Snowshoe’s body should be longer than it is tall, but not extremely so. It should be well-muscled, well-balanced and athletic. Males are usually distinctly larger than females, averaging between 10 and 12 pounds in weight.

Snowshoes are generally affectionate, sweet-tempered, and mellow. They enjoy the company of humans and being given attention, and are compatible with children and other pets. Snowshoes are very social and docile, and show great devotion and love towards their owners. Consequently, the breed dislike being left alone for long periods of time and are able to cope with working hours more if they have another cat companion. Snowshoes may express themselves and their complaints vocally, though their meows are not as loud as the Siamese. The cats are also noted as being intelligent; they can learn to open various types of doors, and can be taught tricks, especially fetch. Snowshoes also enjoy water, particularly running water, and may on occasion swim. Though very active, they are not restless or easily agitated, and they have a fondness for perching in high places.