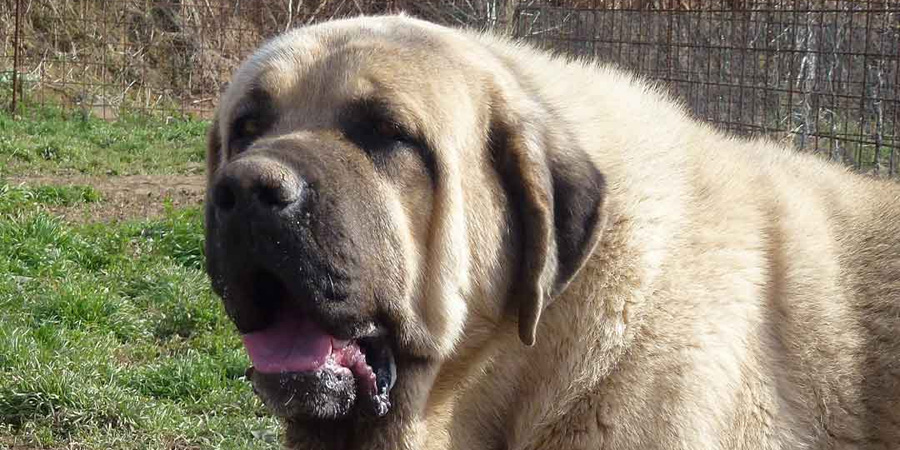 The Spanish Mastiff is a very large and powerful dog, similar in appearance to the other Mastiff breeds. They have a large powerful head and serious and vigilant expression. It has small eyes and drop ears resembling triangles. This dog's coat is most often fawn-colored, but can also be brindle, black or 'wolf' colored. Reddish tones indicate miscegenation.

This noble giant is aloof, dignified, calm and intelligent. It is devoted to its family and may politely accept strangers if it has been socialized properly, although it will be wary of them. It can be aggressive toward other dogs. The Spanish Mastiff may be a less-than-ideal pet in urban situations, where its booming voice and massive size could be problematic. It is a wonderful protector of its home and family. And an ideal protector of herds and flocks from wolf predation. Socialization and training should begin early to ensure this dog a stable and reliable pet. Supervised exposure in puppy-hood to a variety of unfamiliar but non-threatening dogs will help dampen a tendency to aggression toward other dogs. The breed is quite alert and food motivated but can bore easily; training must be consistent and firm but gentle. Once the trainer has established the dog's respect as leader, the Spanish Mastiff will be an extremely loyal pet.