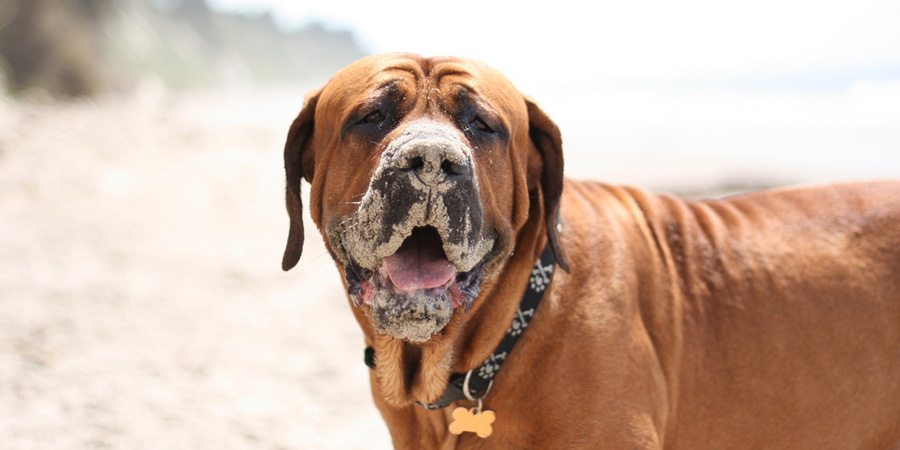 The Tosa Ken is a large, short-coated dog, with a stately manner and a robust, powerful, and agile body. The body is slightly longer than tall. The head is large and broad with a boxy muzzle, pendulous flews, and clearly observable dewlap. There is wrinkling on the head, particularly when the dog is alert. Ears are of medium size, drop, and set high. The tail is uncut, very thick at the base, and tapering to the tip. The Tosa Ken may be solid colored, brindle, black with markings, or pied. The overall appearance should be that of a massive but dynamic and flexible athlete, a true canine samurai.

The Tosa Ken is normally a tranquil, quiet, and obedient dog with a calm but vigilant demeanor. The Tosa is quietly affectionate with its own family but may be somewhat aloof with strangers. This breed is also by nature watchful of other dogs and may react aggressively to dogs it considers intruders. Overtly aggressive behavior toward humans is uncharacteristic of the breed and highly undesirable. The Tosa responds best to positive-enforced training methods because of an inherent desire to please its owner. This breed matures slowly and individual dogs may not reach their prime until as late as four years of age.